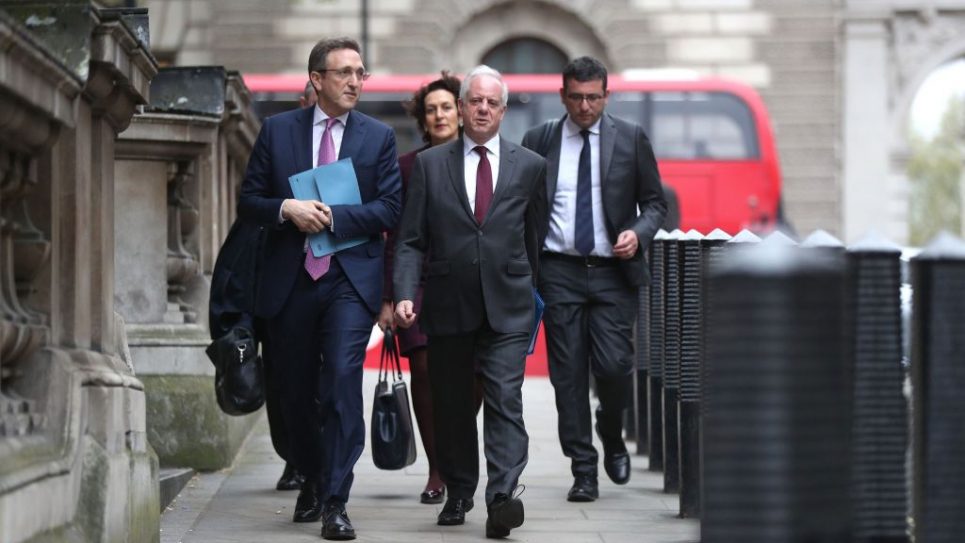 In the beginning there was the Board of Deputies, followed (a few centuries later) by the Jewish Leadership Council – and rumours of a merger ever since.

Each is vibrant and effective, with a positive influence on British Jewish life. Yet the M-word looms large, because it can be impossible to discern differences between roles with similar titles that represent the same views to the same audience. But what’s not impossible, despite understandable reluctance, is seeing these two giants of British-Jewish life working as one.

The rare togetherness during the ”Enough Is Enough” campaign in March, in response to the Labour antisemitism scandal, saw all hues of Jews unite. Our communal organisations joined forces and the country was left in no doubt about the perils of political anti-Semitism.

The Board of Deputies rightly prides itself on a quarter of a millennium of history and heritage. Through a time-honoured democratic process, it brings together Jewish people from different walks of life. As the sole British affiliate to the European Jewish Congress and World Jewish Congress, it is the globally recognised body of British Jews.

Its voting system delivers a president with a genuine mandate, fully accountable to Deputies. Incumbent Marie van der Zyl and her predecessor Jonathan Arkush are truly proud of – and passionate about – British-Jewish causes.

At a tender 15 years of age the Jewish Leadership Council is a relative whippersnapper, comprised of some of the community’s most established philanthropists and charities. Sir Mick Davis had a vision to build the JLC into a powerhouse of communal leadership. His successor, Jonathan Goldstein, has added to its membership, which includes the likes of Jewish Care, UJIA and new dynamic organisations such as JW3 and Work Avenue which are now the lifeblood of our community.

Having the leaders of more than 30 of most influential Jewish organisations in one room, seeking solutions and best practice together, is a sight to behold.

Goldstein has made consolidation of communal organisations and resources a priority of his tenure – and rightly so. Leading by example by combining the JLC and Board would send a strong message to other community groups that clearly ought to work more closely.

Following Enough Is Enough, a merger between the two institutions seemed closer than ever. Jonathan Arkush and Jonathan Goldstein cosied up in the Jewish press, talking about closer ties. They even – hold the front page – heaped warm praise on each other’s organisation. The pair seemed primed to deepen co-operation.

There are many areas where the two should tango. Tackling antisemitism, not just in the political sphere but on the streets, in schools, workplaces and on campus; lending support to communities outside London – after all, UK Jewry thrives beyond NW postcodes; establishing new Jewish schools, ensuring every child wanting a Jewish education has one; training teachers of tomorrow and tackling the shortage of headteachers. Simply put, plotting a clear path for the British Jewry of tomorrow.

They must build on the common ground that united them so effectively this year.

The community deserves unity on crucial issues, not conflicting messages of the sort issued by each side following Jeremy Corbyn’s appointment as Labour leader. Separate statements at such a crucial moment was frankly ridiculous.

We are blessed to have two established, high-profile organisations. But as we gallop towards 2019, we should urge them to work more effectively together – or as one.